Dating back to 1996, Tomb Raider is one of video gaming’s grand old franchises.  It has never quite played by anyone else’s rules, and has always been a bit of an “also-ran”;  garnering lots of fans, but never quite hitting the staggering successes of other similarly well-known franchises.  But it’s always been interesting to see what the latest set of experiments have been;  when you dive into a Tomb Raider game, it’s probably not going to be a lot like what all the currently trendy games are doing.  So let’s take a look. 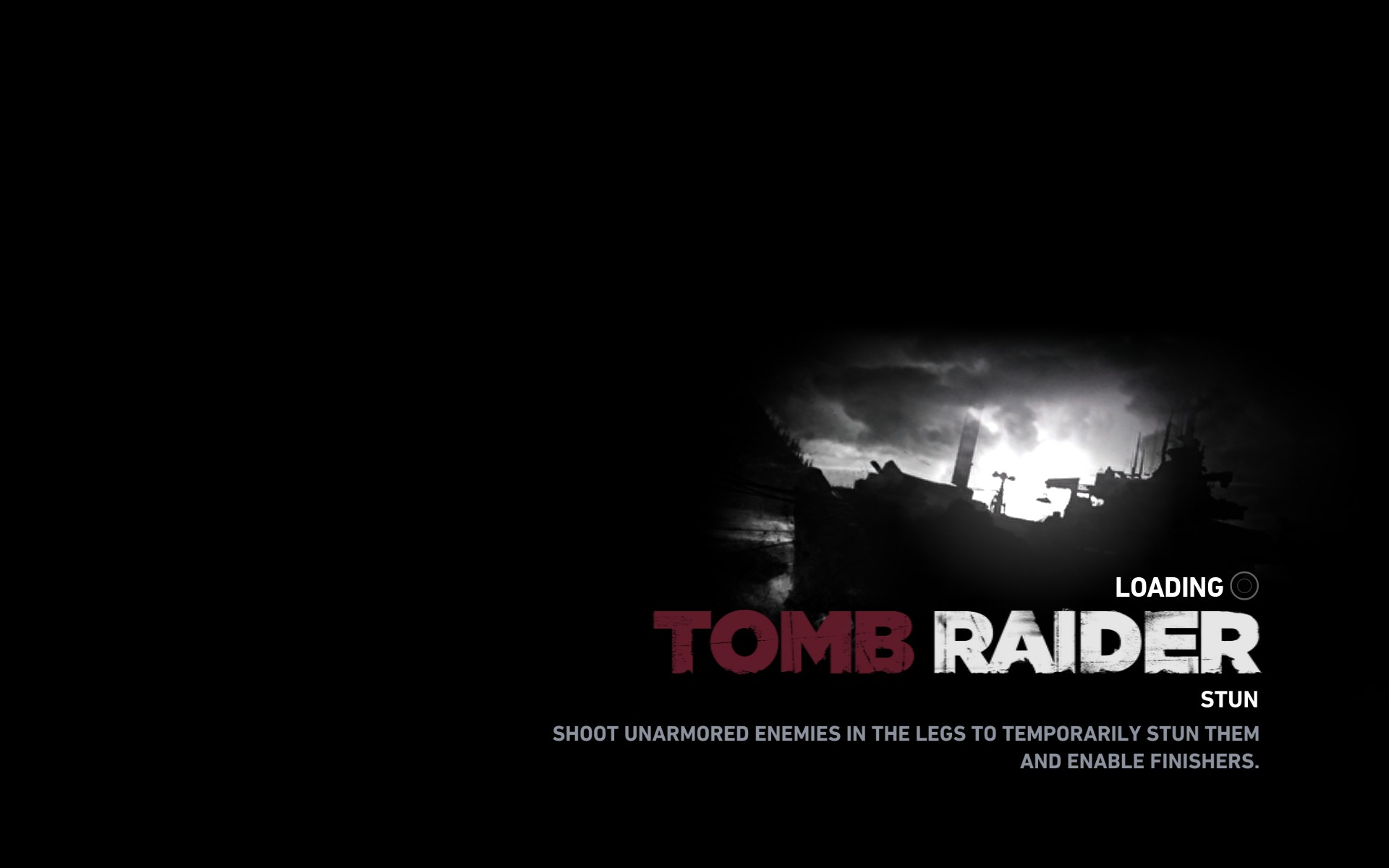 Okay, this is interesting.  Right away they move into awkward territory;  let me first explain that the black and white landscape image which is visible here is a static image;  it doesn’t animate.  However, it does slide left and right on the screen.  Assigning a base score for this is awkward;  According to our scoring standards, if the loading screen has a flat black backdrop, that’s worth one point.  If it’s a static image, that’s two points.  If it’s smoothly animated, that’s four points.  So how do we score this screen which is mostly flat black, but has a static image that smoothly slides around on it?

Since this type of loading screen has never come up before, I’m going to set a precedent for rating this type of screen in the future:  this loading screen has a flat black backdrop, worth one base point.  Virtually all of the screen is taken up by the flat blackness.  The floating static image is a mobile sprite drawn on top of the black backdrop.   The sprite isn’t animated (apart from sliding around), and isn’t particularly interesting.  If it was interesting or entertaining, I might have assigned a bonus point, but in this case, that doesn’t seem warranted.