PlayStation 3 Home is a new free “virtual life” simulator for people who have to download the outside of their apartment the first time they become bored with standing alone in the middle of their living rooms.  Since so much of PlayStation 3 Home involves downloading data from the network, I have clarified our policies on what is and what is not a loading screen.

For the purposes of our reviews (at least for the time being), loading screens involve loading data from local storage;  not from a network server.  There are all sorts of things which make loading data from a network server tricky and unpredictable, and I don’t want to penalise anyone for our often-flaky Internet connection.  So I am only here including load screens which occur after having downloaded all game content.

I should also add that ordinarily, we don’t review betas.  However, as this is a publicly available beta of a free service, we assume that Sony believes it to be ready for prime time, but will continue to call this a “beta” for the lifetime of the service.

So with that out of the way, let’s talk about PlayStation 3 Home’s load screens;  they’re a bit interesting. 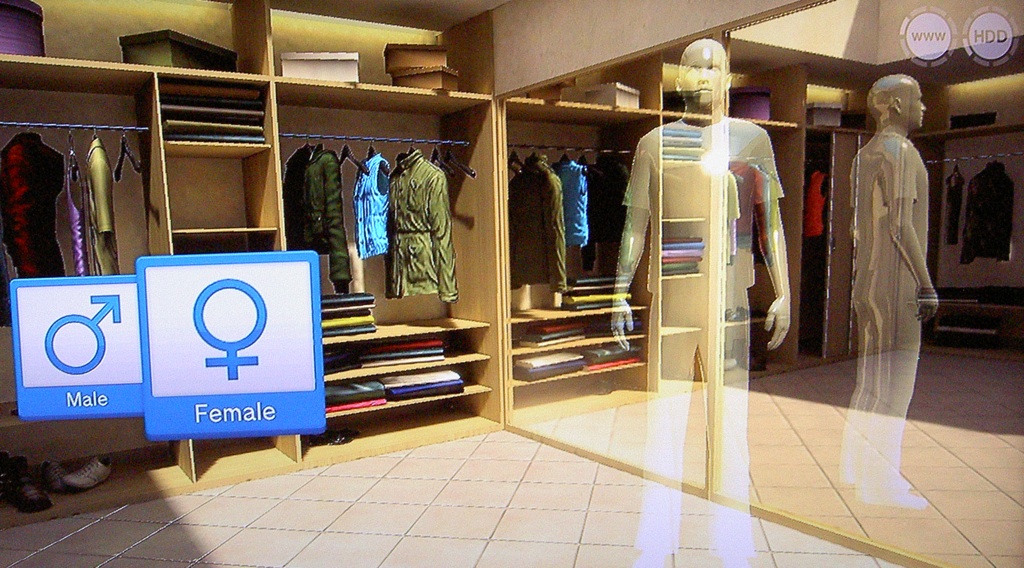 This is how the game handles loading avatar data.  It’s theoretically done within your character’s apartment (though your apartment doesn’t actually contain this room), and your ghosted character continues to animate during the load.  To reach this particular pose and position, the camera does cut, and your avatar is just popped into place in this new location;  he returns to where he was before, when you exit this interface.  The smooth animation awards this loading screen a base four points out of five.  (If the character had walked into position and the camera moved without a cut, they would have earned five out of five, base).

That’s kind of the end of the good news for this screen, though.  You’ll notice that there are actually two different icons on screen here in the top right corner;  one labelled “WWW”, one labelled “HD”.  I need to stress that when I took this screenshot, I had already downloaded both models;  no model data should actually be being downloaded from the web.  These are not spinners;  these are activity lights;  the segments on the icons light up and darken again to show that something’s happening, rather than spinning.  According to our standard scoring policy, where spinners incur a 1 point penalty, activity lights incur a 1.5 point penalty.  With two instances, that’s 3 penalty points in total.

When travelling from one place to another, PlayStation 3 Home stages the loading screen in front of a still, blurred image of the game.  That gives a base score of 2 points.

In this screen, PlayStation 3 Home uses an unusual two-stage loading system.  After downloading the required data (not scored), it then shows a loading bar (half a penalty point).  Once that loading bar fills up, activity light icons appear in the top right corner for a short extra time (1.5 penalty points), before the load completes.

Note that while beside the name of the location to which you’re travelling there is a circular icon with arrows suggesting a spin, that icon does not actually spin during the load, and so does not incur a penalty point.