Street Fighter 4 is a great new release to look at, as its roots are in the era where games were burnt into ROM chips, and data access times were so low that loading screens were never really necessary.  In the coin-op arcade versions, of course, there were short “Character vs. Character” splash screens to announce the fights, and as games have moved from fast chip storage to slow disc storage, these splash screens have typically become used as the load screens, and this is the case here.  Mostly. 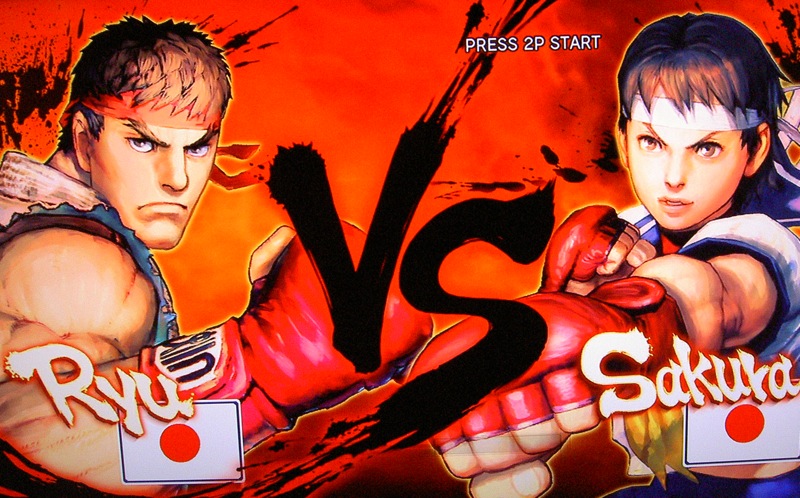 The VS load screen is nicely animated;  it has two basic phases.  Transitioning in from black, it performs a highly animated initial sequence, then settles into a still foreground with smoothly animated fire effects in the background to cover the rest of the load.  When the load completes, the game fades to black, and the game fades in.  Awesome.

In fact, everything sounds really rosy for Street Fighter 4 right now, until I reveal that there’s a second load screen.  You likely haven’t even noticed this load screen, as it only appears very briefly, and only rarely.  It occurs, for example, the first time you enter the character selection screen after boot, and then never again.  Similarly, it appears the first time you return to the main menu, and then never again.  Typically, it appears for about half a second.  Sorry for the slightly blurry screenshot, but here it is: 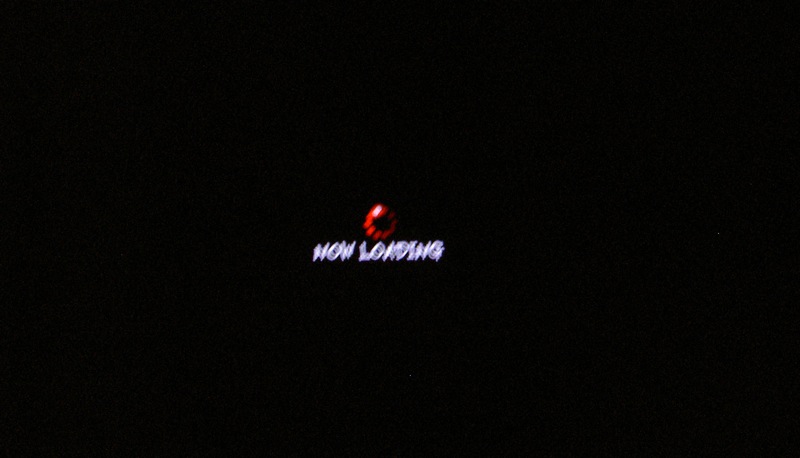 Damn.  That’s a flat black screen, with the word “Loading”, and a spinning thing;  that’s going to hurt the overall rating.  Even though this is a rare and brief load screen, here at loadscreenreview.com, our ratings policy states that we are to average the types of load screens in a game in order to find the final score.