The latest entry in the “Tales” series of games is upon us.  Despite being developed by the same team and possessing the same game structure, the same arcade-like combat system, the same off-beat obsession with cooking, several of the same NPCs, and approximately the same character archetypes amongst the player characters, the “Tales” games are actually not sequels to each other, or otherwise related in any discernable way.  Epic battles, epic journeys, intricate plot lines, the Tales games are renowned for these things.  But that doesn’t matter to us here;  we only care about one thing:  Are its load screens equally epic?

There’s only one way to find out… 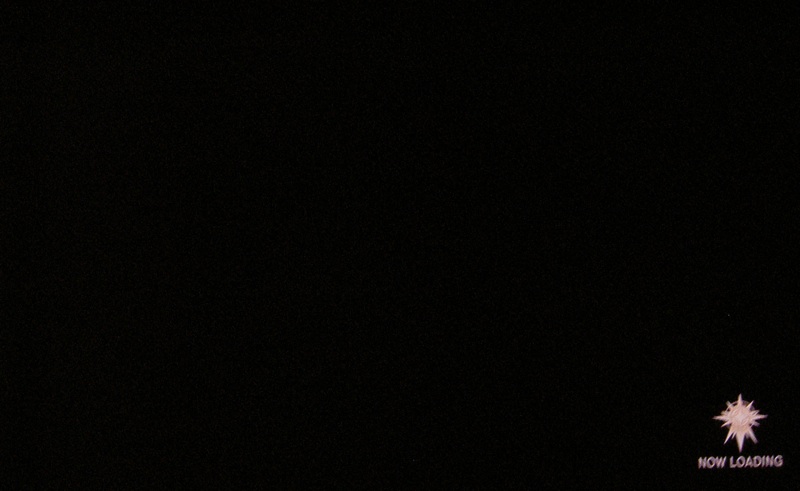 Yes, it’s a flat black screen, with a small “Now Loading” badge in the bottom right corner.  Note that while the loading badge is roughly round, it does not spin.  However, it does fade in and out, which means that it’s acting as an “activity light”, which incurs 1.5 penalty points.

While our objective scoring system does not care about the frequency of load screens, many of our readers do.  So for these readers, I’ll mention that the Tales of Vesperia load screen is a very rare sight;  rare enough that I had a lot of trouble actually capturing it for the screenshot above.  When it does appear, it’s usually visible for less than a second.  Usually, the game simply has a brief fade to black between scenes, rather than actually display this screen.