Wolfenstein is one of the oldest game franchises still actively being developed.  The first game in the series, Castle Wolfenstein, was released in 1981, on the Apple ][ computer (and later was also available for the PC, the Commodore 64, and other computers of the era).  This game and its sequel were both stealth games before stealth games were cool, but when id software came along in 1992 and made Wolfenstein 3D, the stealth aspects of the game were dropped, the action elements enhanced, and the FPS genre was born.

It’s interesting to note that it also wasn’t until id software came along in 1992 and made Wolfenstein 3D that a load screen was added to the game.  And with that effortless segway, let’s talk about the loading screens for the latest entry in the series, simply entitled:  Wolfenstein. 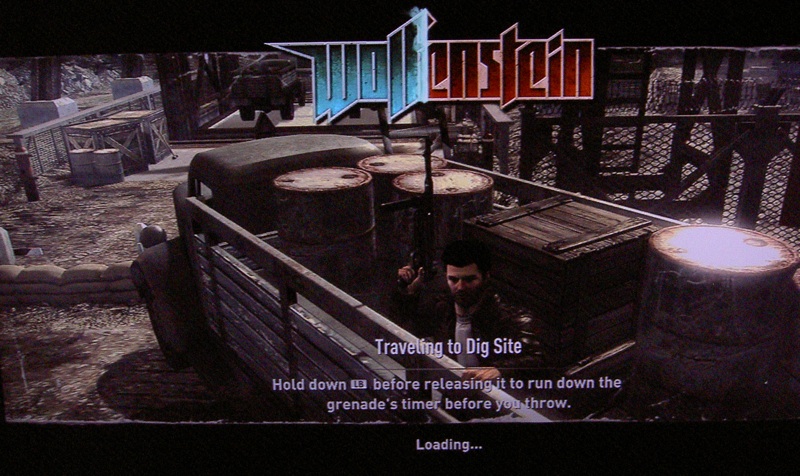 Well, that’s a static backdrop with some dull text, including a bit of information culled from the game’s manual, the ubiquitous “Loading…” text, and inside the “Wolfenstein” logo is a loading progress bar which fills from left to right as the loading completes.  As far as progress bars go, this one is not particularly well implemented;  its motion isn’t smooth as the load progresses, but instead it increments by leaps and bounds, sometimes stalling on a particular spot for several seconds before resuming movement.  However, it’s still far more useful and informative than the loading spinners which are so popular among developers these days, and so we do not ever apply penalty points for the presence of loading bars.

Unfortunately, that’s not the only type of loading screen in the game.  There’s also this one: 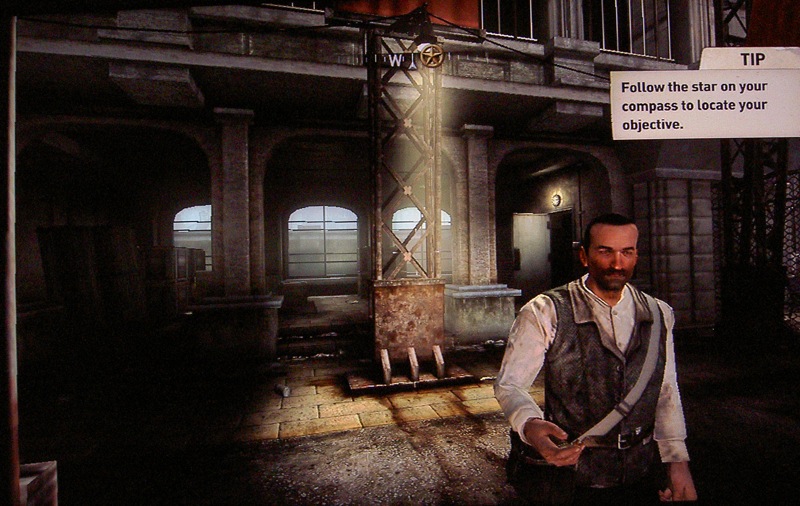 Yes, this is a load screen;  it reliably occurs about ten seconds into the interactive portion of the game, just as this friendly chap in front of us finishes asking us to follow him.  You’ll notice that there’s no on-screen indication that a load is occurring.  In fact, the game gives every indication that it has locked up entirely, for the four or five second duration of the load.

This “game lock-up load screen” situation occurs at several points during the game.  It can be quite alarming when first encountered, and remains quite disconcerting even when you know to expect them.  To be honest, I’m rather shocked that someone thought this sort of behaviour across a load was acceptable;  even Valve’s Half-Life-based games have the common courtesy to at least put a warning on the screen when they’ve decided to make the game freeze so that they can do some loading.

Well, with that out of the way, it’s time for scoring.